HOUSTON, Sept. 11, 2017 /PRNewswire/ — When Surge Homes® began developing residential communities in Houston’s Inner Loop in 2015, they — along with most Houstonians — had not been through a storm like Harvey.

“I was in Texas for both Rita in 2005 and Ike in 2008,” says Louis Conrad, president of Surge Homes, “and I know many homes were lost to each, as well as now with Harvey. So, for a new homebuyer in Houston, how a property fared in a major storm like Harvey is an important question.” 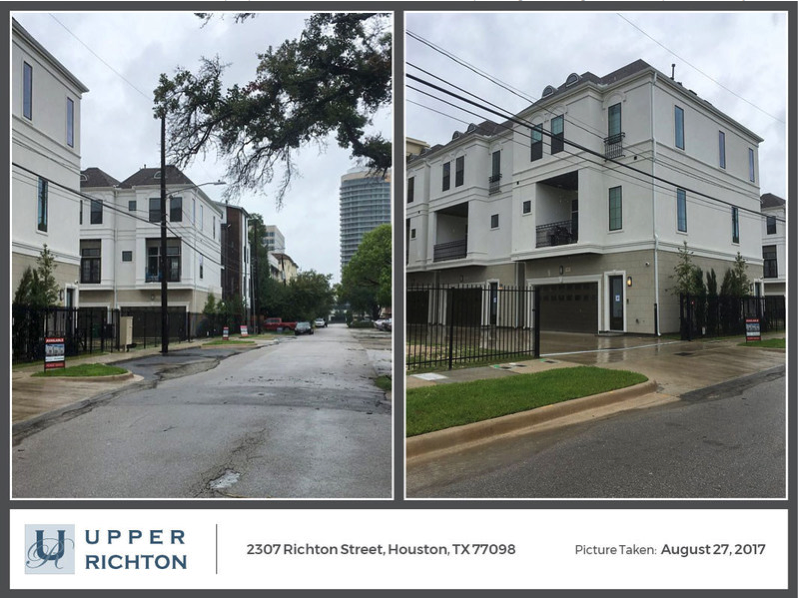 At noon on Sunday, August 27, during a pause in the storm, this picture was taken showing no water accumulation in Richton Street or the private drive of the development. 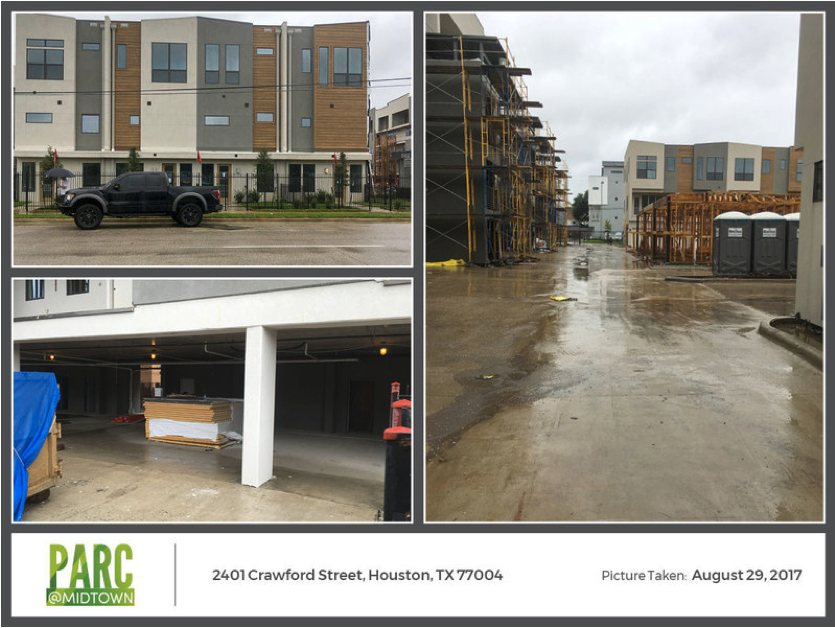 Images taken on Tuesday, August 29, show Crawford Street with no flooding in the street or in the front or back of the townhomes, as well as in the private streets within the development or the condo parking area.

Conrad is thankful to report that Surge Homes’ developments did well during an all-time record amount of rain. “We believe that the relative height of our sites and appropriate drainage of the surrounding streets for all of our developments helped prevent flood damage to existing homes, as well as considerable water accumulation on the sites,” said Conrad.

Surge Homes focuses its efforts in Houston’s Inner Loop. The Isabella at Midtown is in the pre-construction stage, while construction is near completion at the Parc at Midtown and Upper Richton developments, with model homes open at the latter. All three sites came through Harvey without accumulating flood water and Conrad considers this a positive sign.

Other Surge Homes projects include Museum BLVD, a condominium development in the Museum District, and two properties in the Heights – a condo development located at 1800 W. 15th St, and another project at 225 Frasier St. On day four of the near-constant heavy rain of Hurricane Harvey, not one of those sites were flooded, remarks Conrad.

The builder also notes the sites of two of its future developments on Binz Street in the Museum District and W. Alabama in Montrose were not flooded, despite the heavy rain from late Friday, August 25, until early evening Tuesday, August 29. Images document, firsthand, the drainage conditions and absence of flooding on the sites, as well as the surrounding streets. Pictures at Upper Richton were taken Sunday, August 27, while all others were taken Tuesday, August 29.

The headline for an article published September 6 in the Los Angeles Times reads, Two Houstons emerge from Harvey aftermath: one wet, one dry. “We understand that for many Houstonians this notion of ‘high and dry’ is a reality,” said Ben Lemieux, chairman of Surge Homes. “From this point forward, we expect our clients and prospective homeowners to ask ‘did this development flood during Harvey?’ And while we obviously can’t guarantee that our sites will never flood, the pictures we took during the storm are reassuring.”